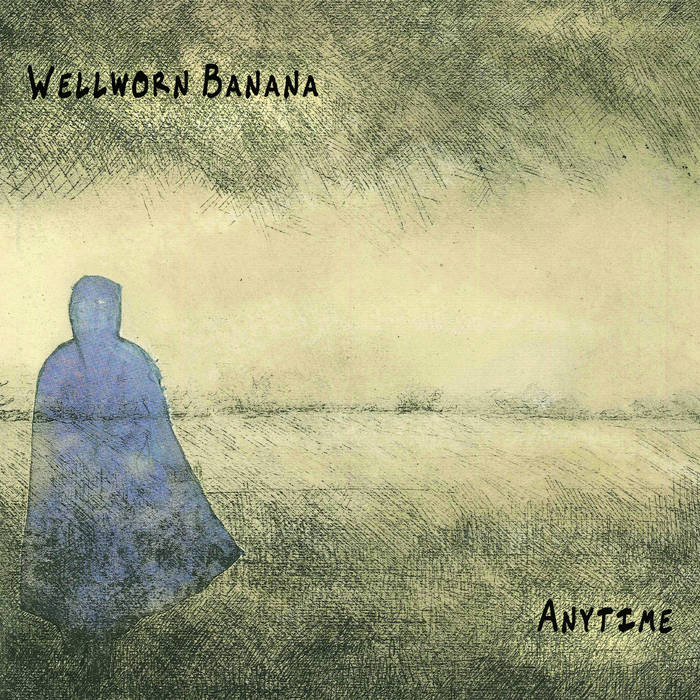 Once upon a time there was a genre called indie rock.

Actually no, it wasn’t just one genre. Indie rock used to be a giant multi-colored underbush, which had found a fertile ground within those neverending boring afternoons spent watching tv, that post-adolescence restlessness and in a sense of loneliness that all of us had in common, even if in different ways.

There are several shades of loneliness, from the one experienced in college, where no one could remember your name in the crowd; to the one typical of suburbs, bottled up in daily frenzy and work-home routines; until the one you may find in the countryside, where the neat urban hives planning gives way to broader spaces and a bleak silence.

Time flies, Sonic Youth disbanded and none talks about Guided by Voices or Eric’s Trip anymore.
Yet that sense of loneliness has stood up in the air, like a feeling that evaporates to then condense back again, somewhere else.
Now Ettore Pistolesi, aka Wellworn Banana, collects such a bulky solitude, filling it up with guitars, making it its own, in the most straight and authentic way possible.

After having played in many bands of the Ciociaria scene (The Flying Vaginas, Shout, Poptones), he finally publishes his solo debut ‘Anytime’, out on April 2, 2020 via MiaCameretta Records and Lady Sometimes Records.

A debut that leaves no doubt: it is 100% pure indie rock.
Not the glossy hype found in Spotify playlists, but the rough distorted sound typical of the ‘middle-earth’. The narration of an Italian province suspended between countryside and factories, just as this album aims to counterbalance delicate textures and raw attitude. Besides, Ettore has always been a true outsider of the Italian alt-rock: ‘They want to play as Yo La Tengo in a country that has never fully understood Yo La Tengo", that’s what GQ wrote about his last album made with The Flying Vaginas. And it hits the point, as the strong feature of 'Anytime' is being able to bring out the unmistakable shoegaze mix of voice and guitars, a peculiar sound that shows his strong and recognizable identity, totally decontextualized from the current indiestream scene.

The nine tracks slip away quickly through his admiration for football ("If the Mogwai did it for Zidane, I do it for Rui Costa"), his love for noise-folk ballads à la Phil Elverum (P.), fuzzy rides (Song One, Grandmother, Blast Off), whispered melancholy (Slow Time) contrasting the carefree noise pop (Instrumental Song) to the darker, bittersweet final episodes.

A timeless atmosphere, well represented by the cover designed by Irene Scarchilli. «A mediation,- says Ettore, - I found between the aesthetics and the colors of John Frusciante's first album ‘Niandra’, the firm poses of Grandaddy’s cover arts and finally I wanted the figure to look a bit like a XVII cent. Japanese character. I don't know if I get to the goal, but I would say the samurai referral gets it pretty right.»

Anytime is available on CD via Bandcamp and all digital streaming platforms.

Bandcamp Daily  your guide to the world of Bandcamp